Our state of mind is something that is not tangible as compared to our state of body. There are many aspects of our mind and its good health that we will explore in this section which is under construction and will have extensive content moving forward. Most of the approach will be reference materials on cutting edge discoveries and ideas.

The Brain (under construction)

Here is a great article about how the brain works that you may find as interesting as I did. Enjoy!

The human brain includes two hemispheres connected by a bundle of nerves. The left hemisphere controls movement for the right side of the body, while the right hemisphere directs the left side. The hemispheres specialize in distinct mental functions—different aspects of visual perception, for example—but most behaviors and abilities require activity in both halves of the brain.

How the Left and Right Hemispheres Work Together 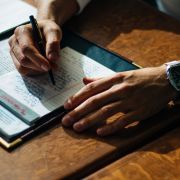 Both sides of the brain collaborate to handle major functions such as language processing and vision. But they are also, to a degree, specialized. Some areas of the brain are more active than others during particular tasks, and one hemisphere may be more involved than the other in specific parts of a larger mental operation.

For example, Broca’s area and Wernicke’s area are both linked to language and are most commonly located on the left side of the brain. Yet the right hemisphere is also known to play a role in language processing. Meanwhile, the limbic system—which includes the amygdalae and hippocampi and is involved in functions such as emotion and memory—resides on both sides of the brain.

What are some key functions of the left brain?

In language processing, it is usually the left brain that properly orders words during speech, while in visual perception, it registers the locations of objects in space relative to other objects.

When are some key functions of the right brain?

The right brain, like the left brain, supports language, including in processing the correct meaning of a set of words with more than one possible implication (as in the case of figurative speech). And in visual perception, it processes the distance between objects.

How is being right-handed or left-handed related to the brain? 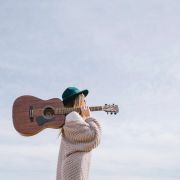 A widespread myth suggests that some people, whose left hemisphere is dominant overall, are more quantitative, logical, and analytical, while right-brained individuals are more emotional, intuitive, and creative. Like many ways of categorizing people, the left brain/right brain dichotomy is appealing, promising to teach individuals about how they think and why. But the reality of hemispheric specialization is much more complex than this popular concept suggests.

No. While the brain’s left and right hemispheres do handle distinct functions, their duties aren’t strictly divided according to broad categories like “logical” or “creative.” People can’t be split neatly into groups with special strengths based on one hemisphere being more dominant.

Where did the myth come from?

Can You Split the Mind by Splitting the Brain?Nobel Prize-winning research has purported to show that when you split a person’s brain in two, you split the mind. New research casts doubt on those findings.

Left-Handedness and Brain Asymmetry: A Genetic LinkAbout 10% of humans are left-handed, but why? A new study shows a fascinating link to brain structure.

How Do Adverse Childhood Experiences Shape Our Psychology?

For adults, the negative effects of attachment disruptions in the earliest months of life are typically persistent, unrecognized, and therefore unaddressed.

Why Do Adverse Childhood Experiences Harm Us as Adults?

How does toxic stress in the first 18 years of life lead to suffering in adulthood? Understanding promotes recovery.

Cerebro-Cerebellar Circuits May Play a Role in Depression

Christopher Bergland on September 17, 2021 in The Athlete’s Way

New research suggests that ketamine’s antidepressant effects may be linked to neural circuitry that connects the cerebellum with specific cortical networks in the cerebrum.

Understanding how our mind shifts into different characters helps us learn to manage them.

Traditional theories of metaphor comprehension implicate the right hemisphere as playing a privileged role. Our findings suggest that these theories are likely to be wrong.

Left-handed folks are often forgotten when it comes to designing office space and homes. But they don’t need to be left out in the cold.

Touch Typing May “Unclamp” the Brain and Promote a Flow State

Christopher Bergland on July 11, 2021 in The Athlete’s Way

Handwriting can make us faster and better learners. However, once you’ve learned something, touch typing is a motor skill that makes it easier to express ideas without overthinking.

Why We Should Daydream More Often

Active daydreaming is not a waste of time. It is a skill, and with some practice, it can improve your relationships and your performance at work.

One Big Reason Most Brain Research Only Tells Half the Story

Christopher Bergland on June 19, 2021 in The Athlete’s Way

Findings from the Largest Study on Left-Handedness in Dogs

Sebastian Ocklenburg, Ph.D. on April 4, 2021 in The Asymmetric Brain

One in ten humans is left-handed, but for most animal species, handedness is not clear. A new study on dogs, however, offers some intriguing answers.

Here a starter for you.

Comedy is vital to maintaining a pleasant disposition because it can connect us to others. Laughing is good for the body and mind because it releases endorphins as the Scientific American states in this article.

Below are links to some my favorite comedy sketches. I hope you enjoy them as much as I do!